The Rose McCay Awards and Scholarships are given annually by the Youth and Shelter Services Foundation, Inc. to acknowledge young parents who have achieved a major goal such as moving from homelessness to safe, permanent housing; completing school; moving off welfare to self-support; or in some way, turning their lives around. The awards include a gift certificate or cash stipend of up to $1,000 to reward young parents and to encourage them in their continuing efforts to overcome adversity and to secure long-term self-sufficiency. These awards are a celebration of the life of Rose McCay and her commitment to helping disadvantaged youth and to strengthening families.

FaDSS Generalist Dianne Hendee nominated FaDSS participant Karissa Empson for this award.  Karissa and her fiancee’ have achieved the goal of safe, stable housing for their family. Karissa is in her 2nd year of college and plans to continue college to earn a degree in Early Childhood Education. She was recently offered and accepted a full-time position with Kid’s World in Centerville. Karissa was awarded a cash stipend of $1,000 and plans to use it to purchase a new computer for her college work and apply any of the award left… toward college expenses.

FaDSS Generalist Kirby Rowl nominated FaDSS participant Rachel Lantz for this award. Rachel has been pursuing her BA in Sustainability and will graduate in September of 2018.  While attending classes, Rachel has put her major in action and built a “mobile home” from a “retired” school bus. Rachel and her two sons have lived in their “new” home for over two months and Rachel is continuing to learn and make improvements to the home. She hopes to eventually offer local homeless families the opportunity to build their own “tiny” homes and learn vocational skills. Rachel is a survivor of domestic violence and is raising two young sons as a single parent. She was awarded a cash stipend of $1,000 and plans to use it to further develop her sustainable housing plans.

MIECHV Worker Angela Mach nominated MIECHV participant Bonnie Sullivan for the award. Bonnie started with a difficult childhood with her family involved with DHS due to a drug addict father. Bonnie had a son at 18 while still in high school and a year later had her daughter. Bonnie was determined to not become a statistic and completed high school a year after her anticipated graduation year. Bonnie’s supporting people and the father of her daughter and acting father to her son all passed way in tragic fire in Los Angeles, days before her daughter’s birth. Bonnie had no income, no longer any financial supporters, was evicted from her apartment and had to move from home to home of relatives and friends. In the past several months Bonnie has regained her footing.  She obtained a good paying job and was able to get off of FIP. She has obtained and maintained her own housing through public housing. Bonnie was awarded a cash stipend of $1,000.

Congratulations for all their hard work and perseverance!

Karissa Empson is pictured with her FaDSS Generalist Dianne Hendee at the Rose McCay awards banquet September 15th, 2017 in Ames. 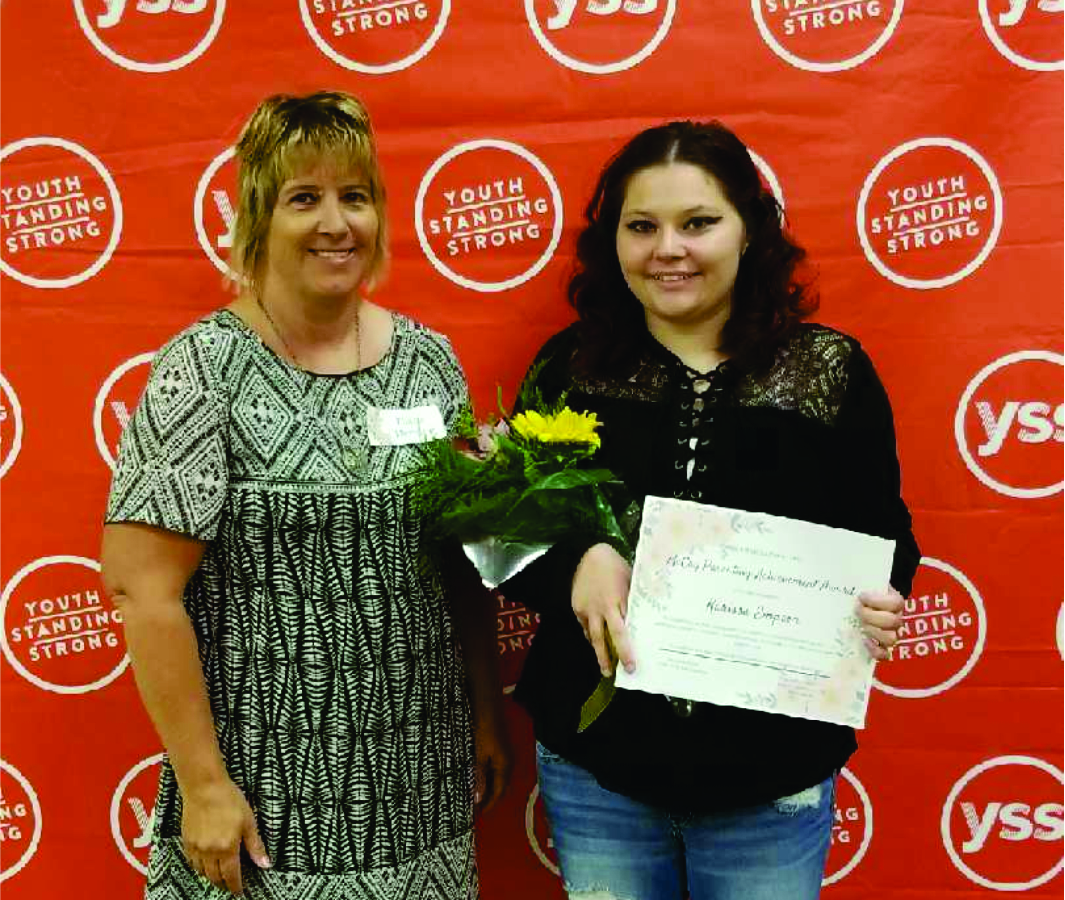 Rachel Lantz is pictured with her FaDSS Generalist Kirby Rowl at the Rose McCay awards banquet September 15th, 2017 in Ames. 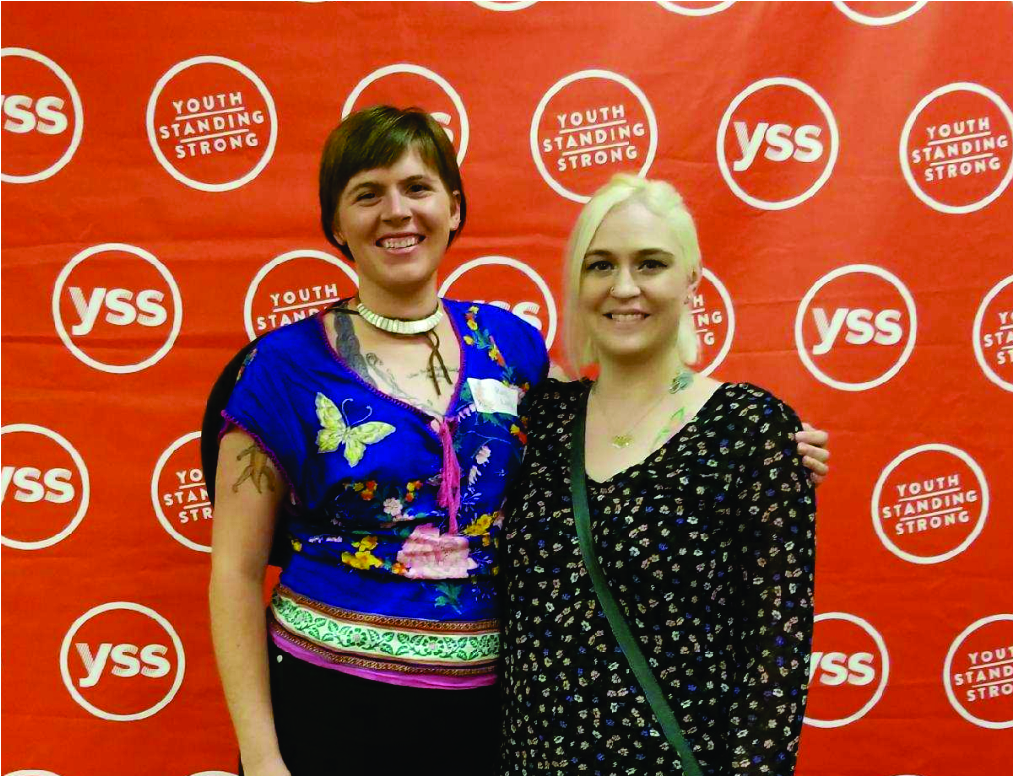 Bonnie Sullivan and children are pictured with her MIECHV Worker Angela Mach at the Rose McCay awards banquet September 15th, 2017 in Ames. 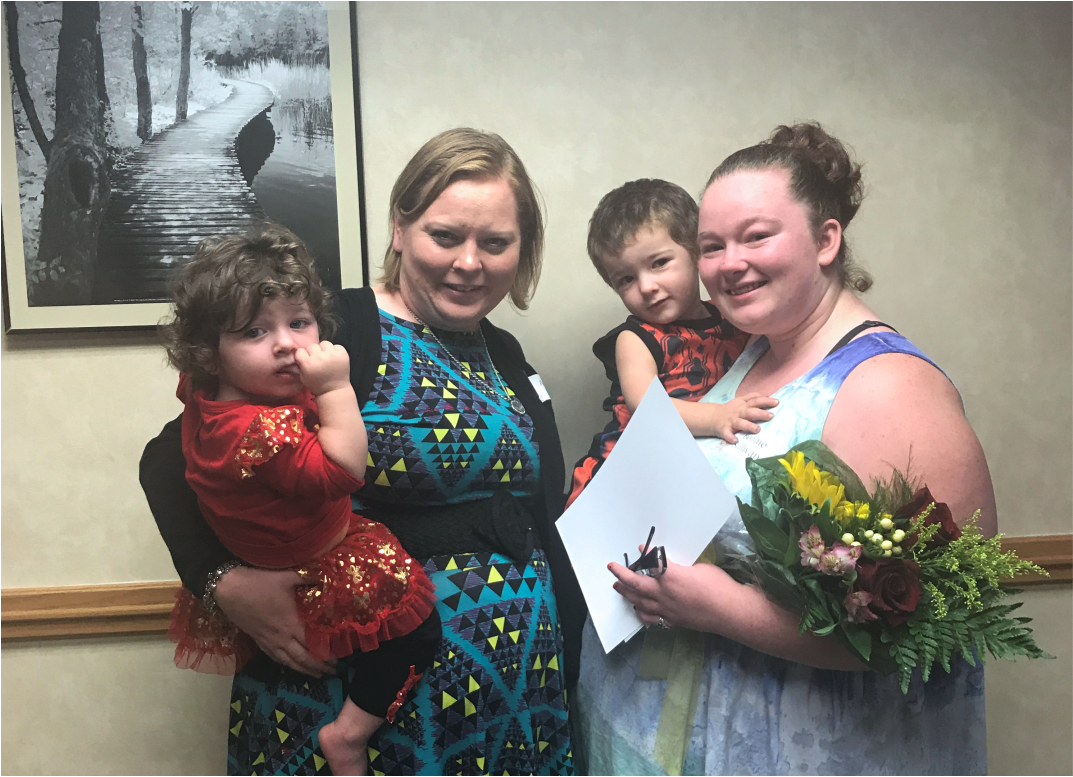