Surprisingly, occasional binge drinking can have health consequences.  However, the more often and the more alcohol people consume, the more problems they can experience.

Long-term problems may include:

Excessive drinking can lead to:

1 in 6 U.S. adults binges drinks about 4 times a month, consuming about 8 drinks per binge.

The average amount drunk during a bingeing episode was 7 drinks.  Binge drinking rates are higher among the 18 to 34-year-old adults while the over 65 age group had the lowest percentage.  However, seniors who binged did so more frequently than people of other ages; 5.5 times a month.

Alcohol does not discriminate.  People of any age, gender, or ethnicity can experience problems.  If you know someone who is experiencing problems with alcohol, contact Behavioral Health and Treatment Services at 641-683-6747. 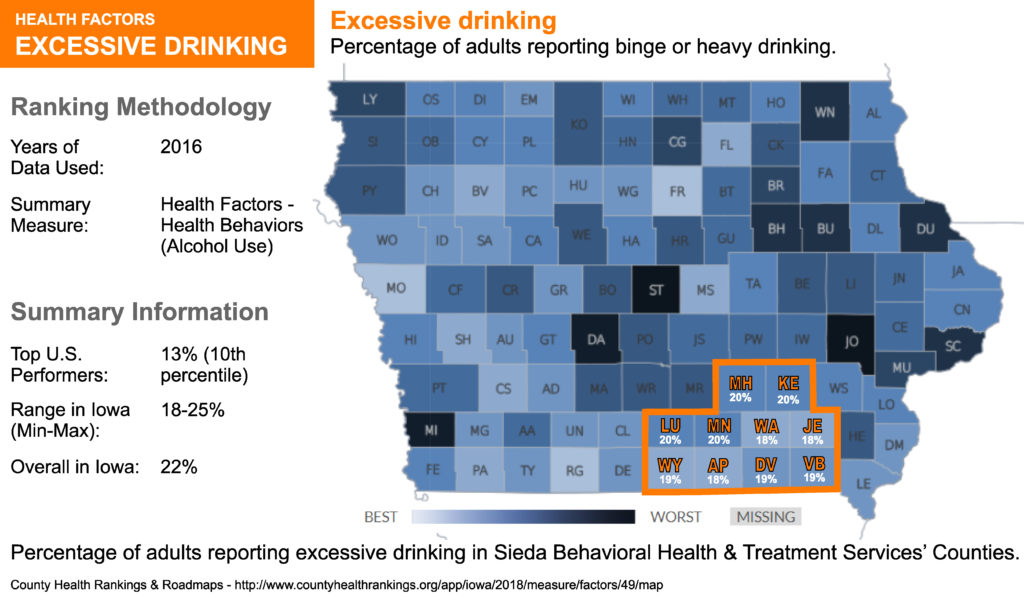